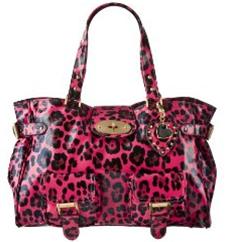 This is the “chosen one” from the much anticipated handbag collaboration between English luxury house Mulberry and Target – that went on sale today in stores and online. It’s the bag people are talking about and angling for  – and at last check today, the large cerise leopard tote priced at $49.99 was  out of stock at Target.com though I’m sure supplies are being replenished. A couple of other, less out-there designs were also sold out online hours after going on sale. But surely I am missing something? Perhaps it is more luxe looking in person, or perhaps I just don’t like pink and black leopard print, but I really don’t get the appeal of this bag. Judge for yourselves of course, but move fast – these bags are flying off the virtual shelves. 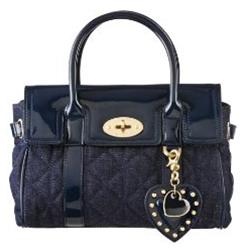 Naturally the one bag I do like enough at $49.99 – the large denim satchel –  also sold out online on day one of the latest designer team-up with Target. Though I would quickly remove the dangling heart, which doesn’t appeal to me. I guess the drawcard with all of these bags is the similarity in styling to the way more expensive and equally-coveted Mulberry handbags that sell for hundreds of dollars.  Mulberry was established in 1971 in Somerset, England, and fast  became the first British lifestyle brand for its attention to craftsmanship and quality. 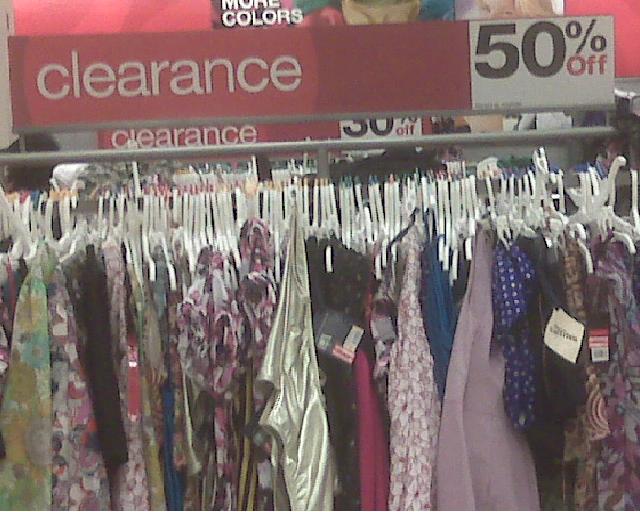 I never line up for anything. It has become a sort of personal creed for me, especially since moving to New York more than a decade ago and being  stunned at how willing people are to queue in this city – and in such an orderly manner. Australians are largely a cynical bunch, and lazy, so the whole lining up thing doesn’t work well. A French friend, also stunned at the orderly American queue, said lines in her homeland were notoriously rowdy and crooked, with people going in all directions.

That’s why today was notable. I surprised even myself and stood in line with about 200 other shoppers to get first dibs on the Liberty of London for Target range. Thankfully, the line moved fast, and I made it inside in about 15 minutes at what was probably peak time around 12.30pm. Was it worth it? Well, yes I believe it was. I scored three pretty sundresses, of course in Liberty printed fabrics; a couple of tea mugs and floral tumblers as well as an armload of frocks and bikinis for the daughter, all of which actually fit.

I was pleased to find the dresses were modern cuts and the fabrics didn’t feel cheap and nasty as has been the case with some other designer for the masses collaborations. Target seems to have really hit a home run with this latest teaming, raising the question among just about everyone I chatted to in that long line: why isn’t there a Liberty of London store in New York?

The pop-up store was beautifully decorated with planters galore of spring flowers, and hyacinth perfuming the air, which was also adorned with massive cutouts of home wares, umbrellas and yards of wallpaper and fabric in the famed Liberty prints. The umbrellas, by the way, were sold out by noon today and a lot of the smallest sizes in the lingerie and some of the most popular dresses were in need of restocking too. Still, a woman next to me was thrilled to find a row of bras in 36 DD and beyond! There were plenty of staff scattered about too to help answer questions, though most people wanted to know about sizing, and that was the one thing the staffers seemed clueless about.

Most things are sized x-small, small, medium or large etc., although in an odd twist, some maxi dresses were sized numerically in British sizes. For the record, a UK8 is about a 6 in the US and a UK10 is an 8. I found the dresses run large, so opt for the smaller size. It was also tough to navigate the children’s clothes, since there was no guide on what ages the S, M and L were for. If it helps any, my almost 5yo was fine in the 5T and XS selections.

So here’s what you need to know if you plan on hitting the pop-up store; go early and unencumbered because it will be crowded and you probably won’t see everything properly, partly because the layout of the pop-up store is muddled and partly because in a flower-filled room full of Liberty-printed platters, clothes, rain boots, lingerie, bathing suits and so on, it all begins to look the same after a bit; and don’t bother with the fitting room lines unless you really must.

The pop-up store is at 1095 Sixth Ave. at 42nd Street, near Bryant Park through Saturday. It hits Target.com and Target stores beginning Sunday, March 14.